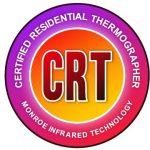 Here’s a brief explanation of how thermal imaging works: All objects emit infrared energy (heat) as a function of their temperature. The infrared energy emitted by an object is known as its heat signature. In general, the hotter an object is, the more radiation it emits. A thermal imager (also known as a thermal camera) is essentially a heat sensor that is capable of detecting tiny differences in temperature. The device collects the infrared radiation from objects in the scene and creates an electronic image based on information about the temperature differences. Because objects are rarely precisely the same temperature as other objects around them, a thermal camera can detect them and they will appear as distinct in a thermal image. (source: WhatIs.com)

Thermal imaging camera can show you exactly where the problems are quickly, so you can focus on repairs or upgrades that can save you money and allow you to live in a more comfortable house. 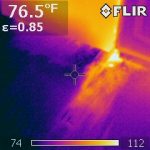 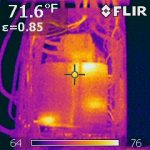 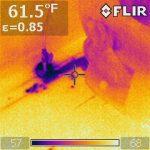 All inspection reports include digital photos and a PDF copy emailed to you at the end of the day of your inspection. Thus enabling you to make an informed purchase decision.